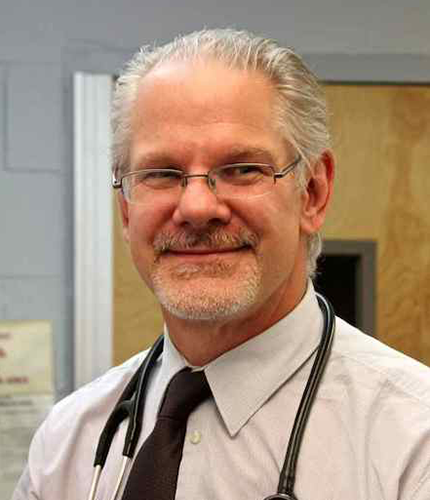 Dr. Bruce Hoskins received his Bachelor of Science degree from Cornell University in 1983 and his Doctor of Veterinary Medicine degree from the New York State College of Veterinary Medicine at Cornell University in 1989. He has been in companion animal practice continuously since that time and has been the owner of the Croton Animal Hospital in Croton-On-Hudson, New York since September 2000. Dr. Hoskins was voted one of Westchester’s Best Veterinarians by Westchester Magazine for all three years of the survey.

Dr. Hoskins shares his life and his home with his wife, three sons, two dogs, one cat and three rabbits. He enjoys the outdoors by skiing, boating, kayaking/canoeing, paddle boarding, swimming, and hiking. 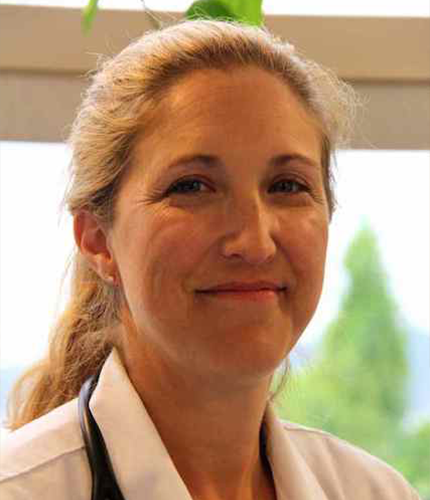 Dr. Carol Popolow received her Bachelor of Science degree from Cornell University in 1986. She combined her first year of veterinary school with her senior year at Cornell and completed her Doctor of Veterinary Medicine degree at the New York State of College of Veterinary Medicine at Cornell University in 1989. Her post-doctoral internship in Small Animal Medicine and Surgery was completed in 1990 at the Oradell Animal Hospital in New Jersey. Dr. Popolow has been with the Croton Animal Hospital since 1999.

In addition to Primary Care small animal practice, Dr. Popolow has an interest in animal behavioral medicine and had the opportunity to be involved in marine mammal rescue and rehabilitation on Long Island as head consulting veterinarian with the Riverhead Foundation, when she worked on Long Island early in her career.

When not at the hospital, Dr. Popolow likes to spend time with her husband, two children, dog and cat. She also devotes her free time to volunteering in the community and participating in “Citizen Science research projects” including Project Freederwatch. 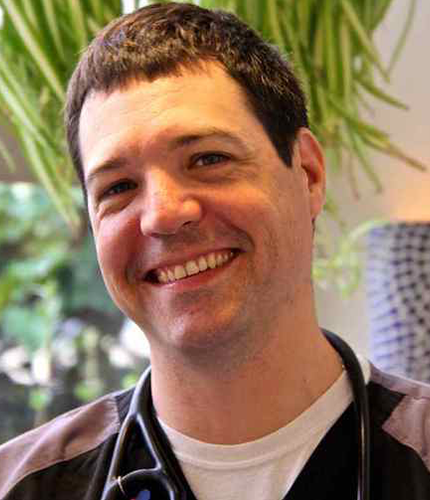 Dr. Mark Gustavson received his Bachelor of Arts degree in Biology with a minor in Classical Studies from Drew University in 1995. He earned his Doctor of Veterinary Medicine degree from the New York State College of Veterinary Medicine at Cornell University in 2012. He completed a post-doctoral internship in Small Animal Medicine and Surgery at Ocean State Veterinary Specialists in East Greenwich, Rhode Island. The internship focused on Small Animal Emergency Medicine and Surgery, including training in Emergency and Critical Care Medicine, Internal Medicine and Surgery. The internship also featured substantial time spent with board certified specialists in Cardiology, Neurology, Radiology, Exotic Animal Medicine, Dermatology, Ophthalmology, Oncology and Clinical Pathology.

Dr. Gustavson is especially interested in Neurology and Clinical Pathology. He also enjoys working with Exotic Species such as pocket pets and has special interests and training in aquatic animal medicine, having completed the AquaVet Program in 2010. In his spare time, Dr. Gustavson enjoys spending time with his lovely wife, Dr. Rachel Albert, also a local small animal veterinarian, their two daughters Vivian and Piper, and their pets Chewy, Mimsy and Griffin.

Compassionate Care for All Your Veterinary Needs